It is classified as an overgrowth syndrome, which means affected infants are considerably larger than normal (macrosomia) and continue to grow and gain weight at an unusual rate during childhood.

In some children with BWS one side of the body grows larger than the other, this is known as hemi-hypertrophy.

The signs and symptoms of BWS vary amongst infants. A prominent distinguishing feature is nevus flammeus, a strawberry mark found on the forehead and eyelids, sometimes known as ‘Stork bites’.

Many affected children are born with a defect in the abdominal wall (omphalocoele) that allows internal organs to protrude through the umbilicus (belly button); lesser severity of this condition may be an umbilical hernia. Other major features include abnormally large abdominal organs (visceromegaly); creases or depressions near the ears or low set ears; low blood sugar (hypoglycemia) in infancy and kidney abnormalities.

Children with BWS (about 10%) are at an increased risk of developing several types of benign or malignant tumors. In particular a rare form of kidney cancer called Wilm’s tumor (most common type in BWS, affecting 5-7% by age 7 or 8), cancer of soft tissue (rhabdomyosarcoma), and a form of liver cancer (hepatoblastoma). These children need close surveillance because most tumors occur in childhood (highest risk in first 4 years, lower between 5 and 10, and near the risk of baseline cancer in general population by age 10).

Occurrence – Worldwide occurrence is about 1 in 12,000. The condition however, is thought to be more common because many with mild symptoms are never diagnosed.

It is an autosomal dominant pattern of inheritance which means that one copy of an altered gene in each cell is typically enough to express the disease. 85 percent of families have at least one affected family member, 10-15% have at least 2 or more. Parents of one child with BWS may be at a higher risk of having another child with the syndrome and that would depend on the genetic cause of the condition.

Of particular interest to plastic surgeons specialized in craniofacial disorders is an abnormally large tongue (macroglossia) which may cause significant functional problems i.e. interfere with breathing, feeding difficulties, excessive drooling and dentoskeletal deformity with growth.
Unfortunately, these symptoms may give a false impression of developmental delay or even mental retardation. Hence, it becomes a huge psychosocial concern. 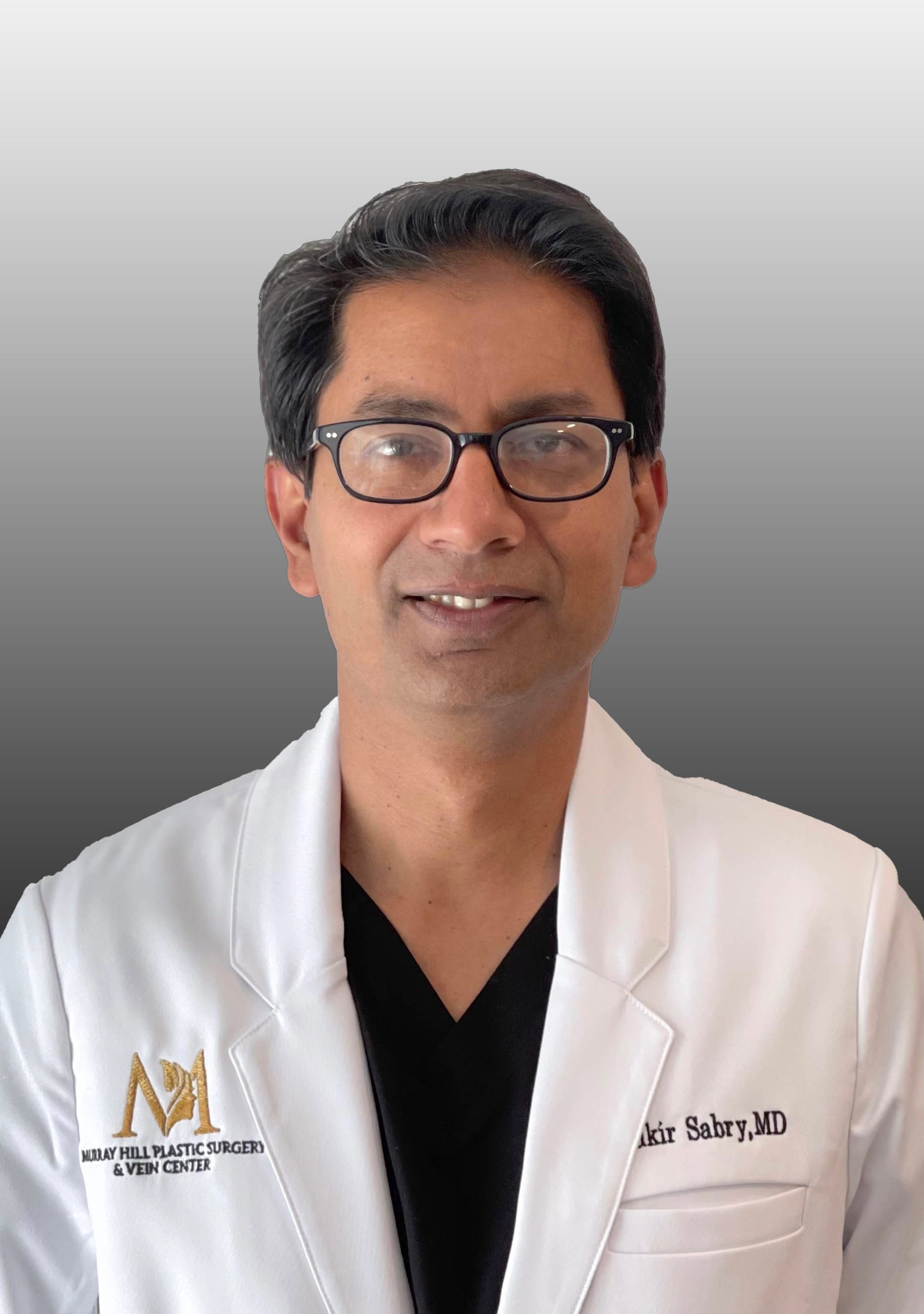 During your bws syndrome consultation with Dr. M. Zakir Sabry, he will answer questions you may have about the procedure and will discuss any safety concerns related to the surgery. 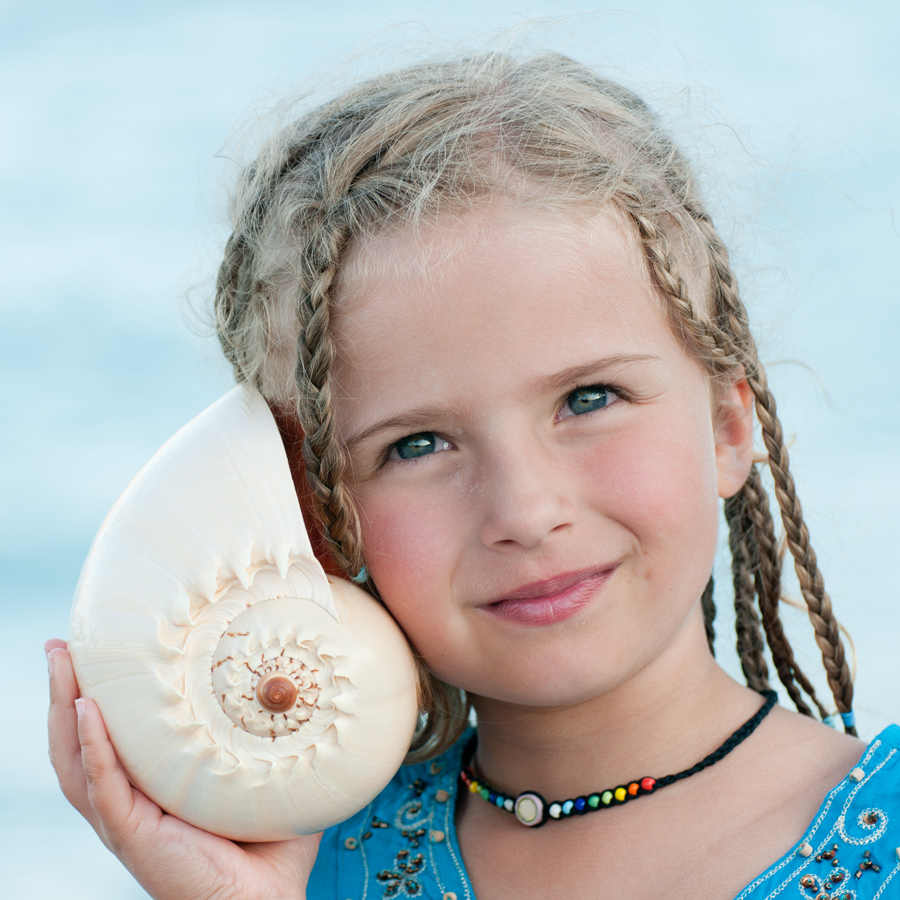 The enlarged tongue may cause dentoskeletal deformity due to constant forward thrust to the lower jaw. Anterior cross bite (the lower teeth are on front of the upper teeth) or protruding tongue may result in an anterior open bite (Cannot close teeth together).

Surgery should be undertaken at a stage where teeth relationships are almost edge-to-edge. Clinical experience has shown that tongue reduction performed early may reverse this relationship (resulting in normal jaw relationship; upper teeth in front). In some instances even early cross bites have been corrected. Other indications include airway compromise and excessive drooling requiring multiple clothing changes per day.

Psychosocial concerns – most children with moderate size tongue may become orally continent (being able to keep tongue inside the mouth) by 6 years of age. However, this is a result of a conscious effort. The moment they focus on a particular task, the tongue may hang out of the mouth. This may lead to embarrassment or worse, teasing by peers.

Dr. Sabry performs tongue reduction in children afflicted with BWS using the W-plasty method, which is the approach used by Dr. Jeffrey Marsh. (He was trained by Dr. Marsh at St. Louis Children’s Hospital).

W-plasty surgery is performed on the anterior (front) half to third of the tongue, leaving most of the important nerves and blood vessels untouched. The neurovascular bundle enters the posterior (back) aspect and travels through the middle. This maneuver significantly decreases the chance of excessive blood loss and changes in the motor function of the tongue.

The excision is performed in a W-fashion (W-plasty) and brought together with absorbable sutures in a conical shape. Once healed, the tip rounds out and gives the appearance of a near-normal tongue.

The more dreaded complications such as airway compromise secondary to postop swelling or bleeding, requiring transfusion are more commonly seen with keyhole or L-reduction. Dr. Sabry uses the W-plasty method in which only the anterior and lateral parts of the tongue are addressed. Neither of the aforementioned complications are of major concern with this approach. Local wound healing may be seen at times but can be managed conservatively.

Postoperatively, children are observed in the Intensive Care Unit for any breathing difficulty due to tongue swelling or for bleeding. They are maintained on IV hydration as most will be unwilling to eat or drink anything, sometimes for several days (4-6 days). Pain is controlled with intra-venous analgesics. No particular oral care is prescribed so as not to disturb the resorbable sutures.

Once the child starts to drink adequate fluids and is comfortable with oral analgesics, he/ she may be discharged home with parents.

Parents traveling a long distance for surgery are advised to remain in the area for approximately two weeks following discharge so as to ensure clinical stability and ready access to care should there be an emergency.

Most children after tongue reduction are orally continent. Drooling improves significantly. Of particular interest is taste and speech. Even though sense of taste is difficult to gauge, we have observed changes in eating habits in youngsters post operatively. Children who previously avoided textured food were seed to be comfortable eating such after healing had ensued.

There is no report of any adverse effect of tongue reduction on speech at present.

We are LOVING😍 this lip filler transformation! Plump your lips with Juvederm by Dr. Sabry💉

Before and after Facetite results🤩

The ideal FaceTite patient is someone who has mild skin laxity in their lower face and neck who is not quite ready for a facelift!

Suffer from dark circles? We have the perfect solution for you - non surgical and shows immediate results🤩

Dermal fillers can be injected into the under-eye area, AKA the tear troughs, to treat the area, restoring volume and minimising darkness under the eyes. It's an effective way to wake up tired looking eyes while also brightening skin and increasing collagen production.

💉Jeuveau has the benefit of modern technology and manufacturing processes, giving it a new twist on an old classic, which is why it's known as "Newtox." Unlike Botox,
Jeuveau was created strictly for the aesthetic treatment of facial lines and creases.

Accutite is a minimally invasive treatment that uses a small handpiece to tighten the skin. You can expect to achieve significant facial contouring, skin remodeling, and body sculpting results without having to undergo invasive surgery🤩😎

Microneedling creates the channels to allow the RF to penetrate the skin’s deepest layers. And when RF can reach those deeper layers, it’s what truly contours and transforms the skin. Come get your glow on with Morpheus8🤩

Morpheus8 is the number one treatment that will ensure skin tightening and fat reduction, leaving you with a more structured and contoured finish!

Other concerns that Morpheus8 can treat include:
⚡️ Sagging skin on the lower face, or "jowls"underneath the chin and jaw
⚡️ Lines, wrinkles, and creases on the lower face and neck
⚡️Loose or lax skin anywhere on the body
⚡️Sun-damaged skin
⚡️Active acne
⚡️Acne scars, injury scars, or post-operative scars
⚡️Stretch marks
⚡️Dull or uneven complexion

Before and after Facetite results from @inmodeaesthetics

Facetite is perfect if you have fat around your jawline that needs to be reduced. Tightening is done via a radio frequency powered probe that is inserted beneath the skin.

⭐️ The goal of an explant surgery, or breast implant removal surgery, is to remove breast implants from breast augmentation or breast reconstruction patients.
⭐️ During surgery, Dr. Sabry will routinely move the entire capsule which is made of scar tissue and any leaked silicone material in its entirety.
⭐️ In the process, Dr. Sabry will reshape the breast to its most natural form. If the breast is too small after removing the implant, he may also add fat grafting to achieve a fuller breast. This is a complex surgery and he will explore every
option to make sure that you are well informed and that you can achieve the best outcome possible.

⚡️Facetite is a new procedure that is comparable to a surgical facelift, without the large scars.
⚡️Facetite provides dramatic improvement in the skin laxity on the face and neck, which was previously only attainable through a surgical procedure such as a facelift.
⚡️Facetite utilizes minimally invasive radio-frequency energy to melt fat and tighten skin. ...

Check out this glowing review left by our patient🏆 If you visited us recently, we’d love to hear your feedback⭐️⭐️⭐️⭐️⭐️ ...

✨THIS✨ or 👑THAT👑 Plastic Surgery Staff Edition

Watch til the end to see what our office staff chooses and let us know if you would choose the same⬇️ ...

truSculpt iD is a non-surgical body sculpting treatment that is clinically proven to reduce fat cells in stubborn areas around your abdomen and flanks. truSculpt iD uses innovative Monopolar RF technology to selectively target fat and therapeutically heat it - until damaged fat cells are slowly broken down and eliminated from the treated area of a 12-week period. In one short 15-minute treatment, you can achieve an average of 24% fat reduction

⭐️FaceTite provides dramatic improvement in skin laxity on the face and neck, which was previously only attainable through a surgical procedure such as a facelift.
⭐️FaceTite utilizes minimally invasive radio-frequency energy to melt fat and tighten skin
⭐️ It'll give you near surgical results with minimal discomfort and very little down time.

The treatment can tighten the skin under your eyes and help reduce bags. It can also thicken the skin in this reducing both bags and dark circles.